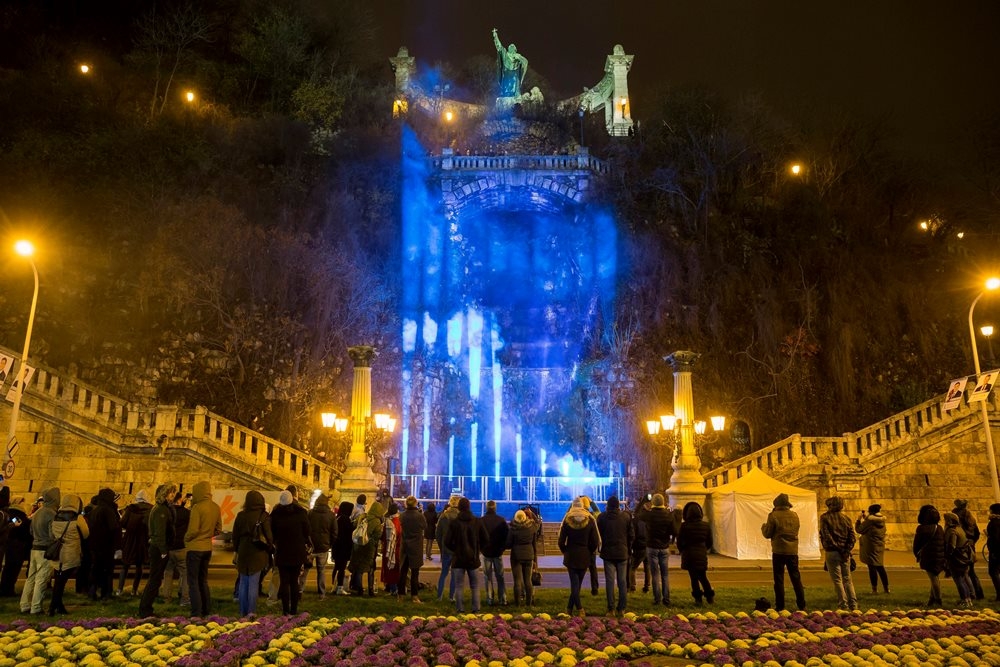 Aurora Borealis is a light sculpture and sound composition inspired by a temporary visible phenomenon of nature. Produced by FinnAgora, the light sculpture is situated in front of the Gellért Hill Waterfall and can be seen between 3-6 December.
Kapcsolódó cikkek:
What you should know about the Finno-Ugric Film Festival of 2016

Quick guide to the Suomen itsenäisyysjulistus aka Finnish Declaration of Independence
This highly important document was adopted by the Parliament of Finland on 6 December 1917. It declared Finland an independent nation, among nations ending its autonomy within Russia as its Grand Duchy of Finland, with reference to a simultaneously delivered bill to the Diet to make Finland an independent republic instead.

The event itself
The common project by Finnish and Hungarian artists celebrates the centenary of Finland's independence. During the same time frame, the Embassy of Finland makes Elisabeth Bridge shine in the blue and white colors of the Finnish flag.

Media designers of the Aurora Borealis light sculpture are media artists András Nagy and László Zsolt Bordos. The sound atmosphere is created by Kasperi Laine, one of the most recognized Finnish sound designers. He is a renowned rapper, producer and he was awarded the Finnish National Prize ”Suomi” in 2016. The prize is presented by the Finnish minister of education and culture to acknowledge significant artistic careers. Artworks have been working in the field of lighting design and visual design collaborating with numerous Hungarian and international theater, opera and concert productions.